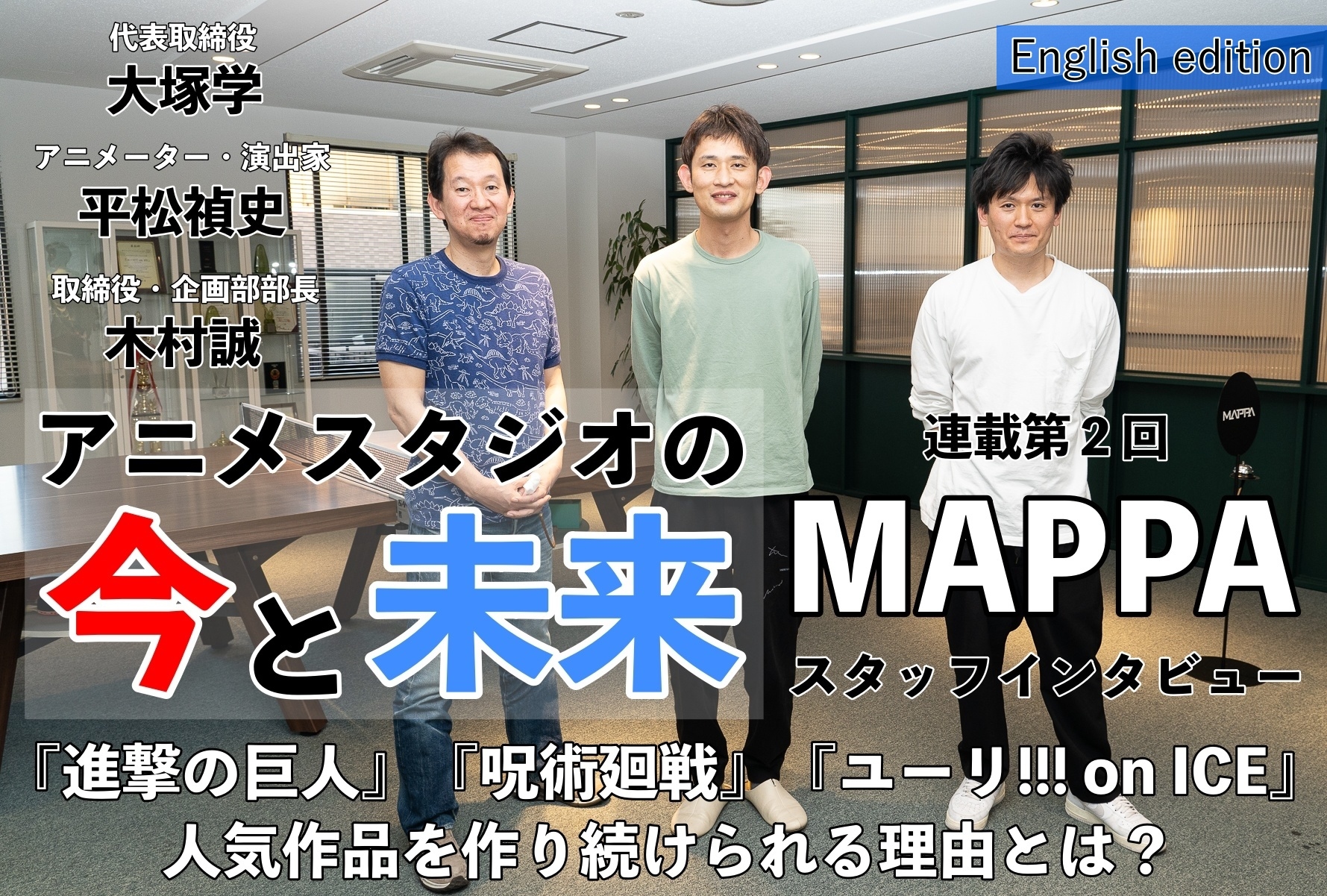 The Importance of Speed

ーーTell me the basics and important points of creating a MAPPA title.

Otsuka:We don’t have any rules about how to make something a hit. However, there is something that is a must – at the very least, the quality must be high.

Another point is that, for example, if Hiramatsu-san is working on something, then we need to draw his highest quality work out. I would say that this is our biggest battle.

Also if the staff gets along, or if they can’t get back on track after having some bad luck, that’s linked to a successful result. If the staff doesn’t get along, then they lose their motivation. We’ve never had this situation result in a hit. Teams that keep their motivation high and focus on delivering a quality project up until the end will create a hit.

Hiramatsu:This includes the person in charge of maintaining the flow of production. If they don’t mind doing the impossible, both good and bad (laughs), then they can create good relationships, and the work will go smoothly.

Kimura:Overthinking things has many different outcomes, so we should try our best to do what we can. It’s important to make decisions based on what doing this work now may lead to in the future.

Hiramatsu:From a marketing perspective, if you say that the original sold X number of copies, it doesn't necessarily mean that the anime will go smoothly.

Also, if those who animate and produce the work don’t enjoy the original story, then they are not going to be able to put their heart into their work, which audiences will quickly notice. Teams that are working hard without forcing themselves tend to do well, I believe.

Otsuka:When we got Jujutsu Kaisen, it was popular but not to the extent that it is today.

Kimura: When you ask “who is going to make the anime?”, lots of weird hurdles come up.

ーーWell then, what would you say is MAPPA’s strong point?

Otsuka:We can decide things quickly. In general, if I approve, then it goes through, and I think that level of freedom and speed is what works. Of course, there are always details that need to be worked out. However, if we want to, for example, make a studio in Sendai, then we go ahead and do just that.

Hiramatsu:I was a freelancer for a long time, so I didn’t really consider each company's good or bad points. However, MAPPA is stress-free. I haven’t encountered anything boring yet.

Otsuka:If we get bigger, we might become a stricter company (laughs).

Hiramatsu:(laughs) Our strength is that we have a laid-back work environment so that our staff can do what they want.

Kimura: Personally, I appreciate that the president's decisions always comes quickly. If it's too slow, then that's going to lead to a lot of problems. Also, from a business perspective, one of our strengths is that we have many titles. When we started selling our programs and holding events, there were a lot of things that we could do, thanks to the number of titles we had. That has been something that helped us with business development and reliably creating anime.

ーーIf I hear what you’re saying, the president’s greatest ability is his speed.

Otsuka: The staff members who are doing the main work are in their twenties, so they’re always ready to hit the accelerator (laughs). I think that’s a good thing.

ーーWhat is a significant difference between MAPPA and other studios?

Otsuka:I think a difference is that we have a higher number of production lines. Thus, our strength isn’t dispersed, but rather we make our anime as a team, which is our specialty.

ーーThe production line has steadily been increasing, hasn’t it?

Otsuka:That's right. It used to be only one line, but in 2014 it was two, which increased to three. MAPPA’s policy was "we want to grow quickly." It usually takes twenty to twenty-five years to find something to improve on, but I wanted to quickly create a space where the workers can bring their hopes with them. I understand that failure comes with rushing, but I thought that anime wouldn't flourish if I didn't make it. That's why I made a system where we can continue to grow.

Hiramatsu:No matter how much of an idealized form you create, if you can't plan then there's no meaning to it. At first, you can only imagine your ideal, which is so far from reality. However, as you plan, you can chase after your ideal, and with that, it becomes even greater. Therefore, it's important to keep on adding to your goal.

Otsuka:That’s because a lot of young people work at MAPPA.

Hiramatsu:Each studio had its own creation system, so I don't know what would be considered "correct." What's good about MAPPA's system might be regarded as bad by other studios. There are some points where I think it might be better if we trimmed the fat (laughs), but in the end, those may be our strong points.

ーーI see. Could each one of you tell me what you like about working (at MAPPA?)

Otsuka:Objectively, the struggles and dissatisfaction I experienced in my twenties has been solved here. There are many chances for workers to move up in the company. If you work hard, we have an environment where you can create to your highest abilities. If everyone thinks that's "good," then I'm happy.

Otsuka:The chairman has the most seniority.

Hiramatsu:Well, I don’t really know what the workers in the studio feel like, so maybe I just feel at ease because there’s no one above me. (laughs) Everyone works hard, so I don’t even have to say "keep at it," so I feel pretty relaxed. I can just say whatever, and I don't feel any pressure.

Kimura: When you’re working in an environment that involves anime, the environment is always bustling and changing day by day. Our studio has the speed necessary to take on a lot of new challenges, which I find very fun. I get to add to my achievements while having new experiences through daily reflection and discovery, so that is what I like about working at MAPPA. 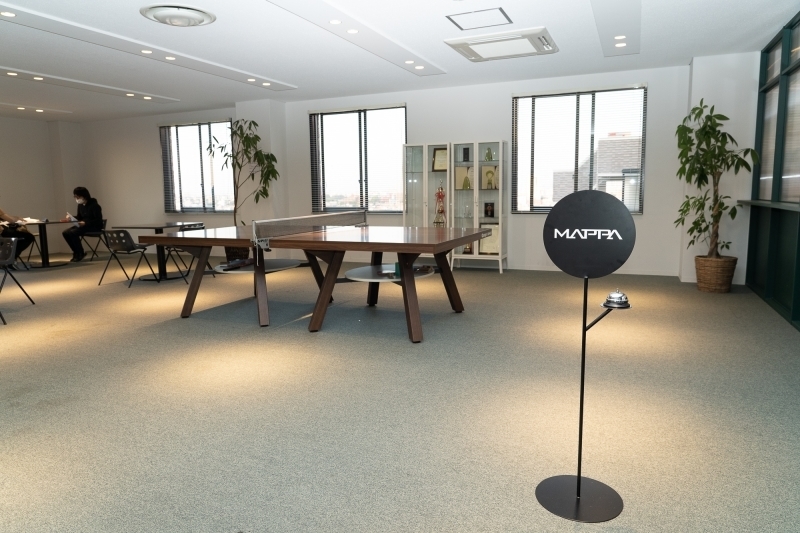 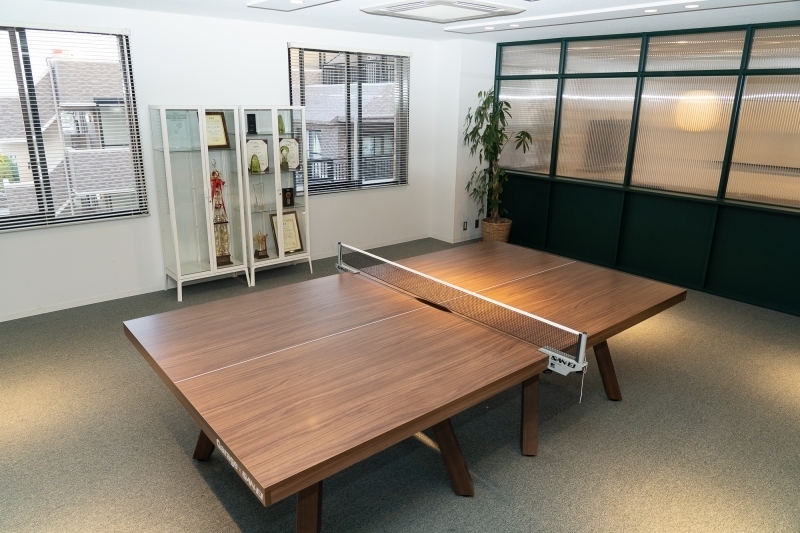 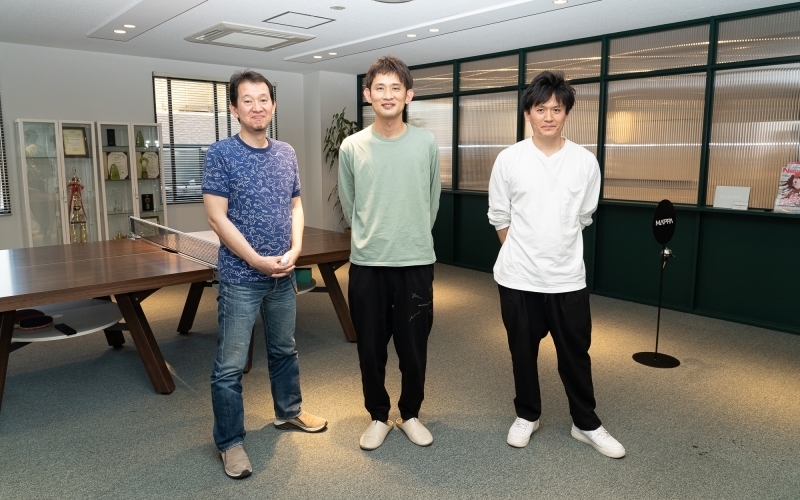 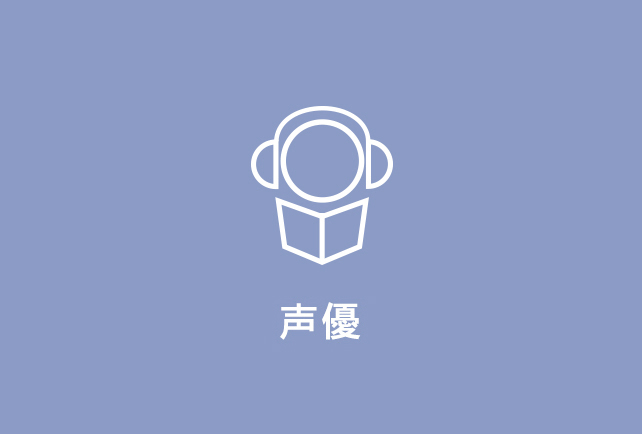 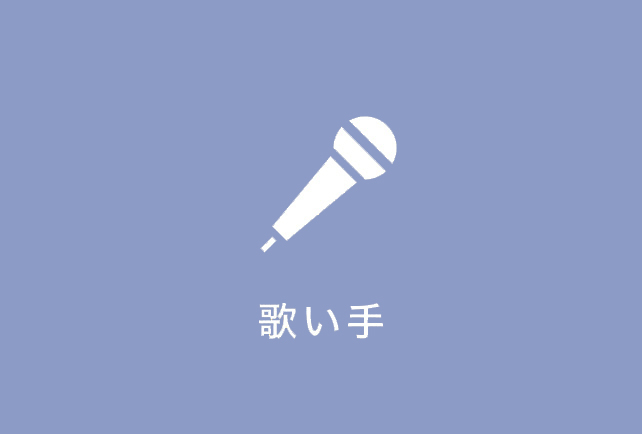 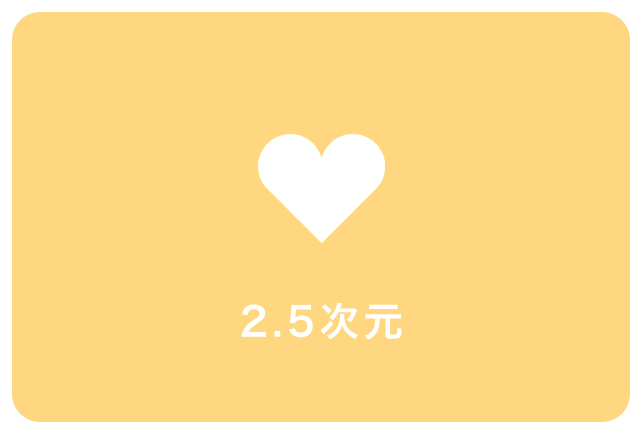 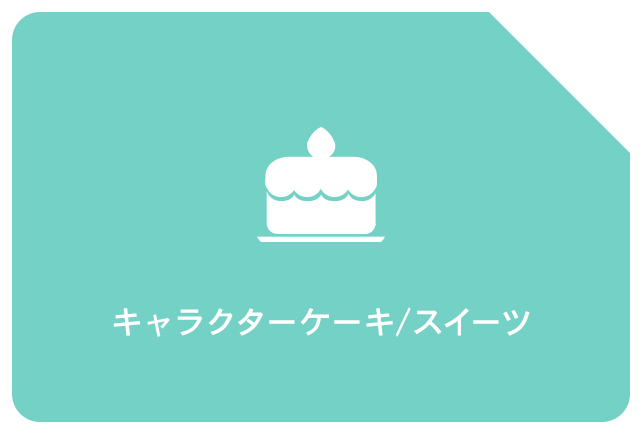 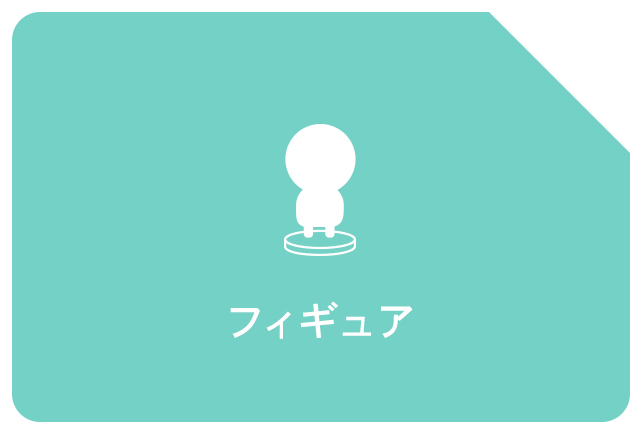 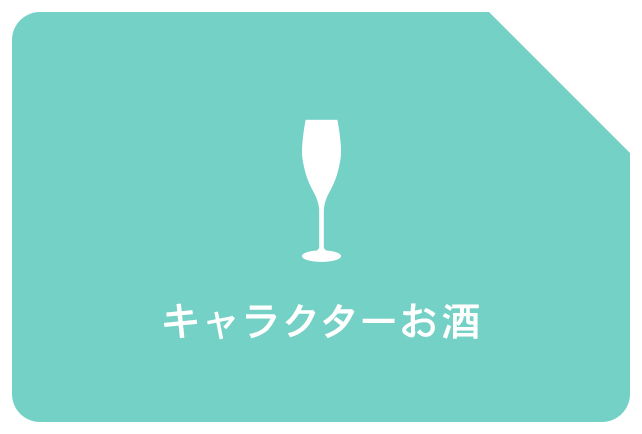 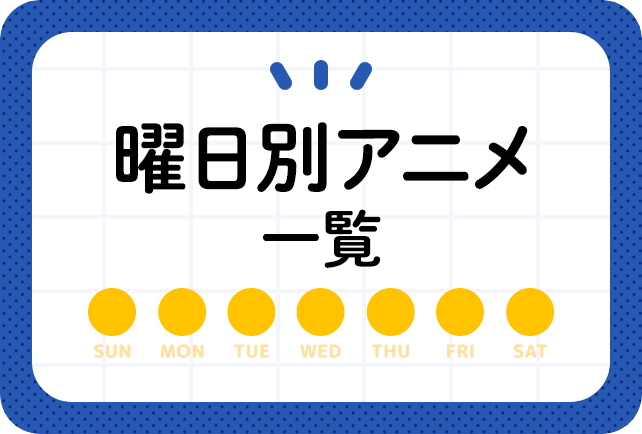 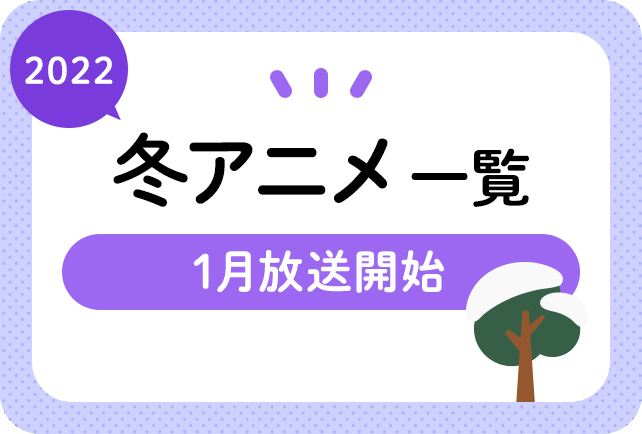 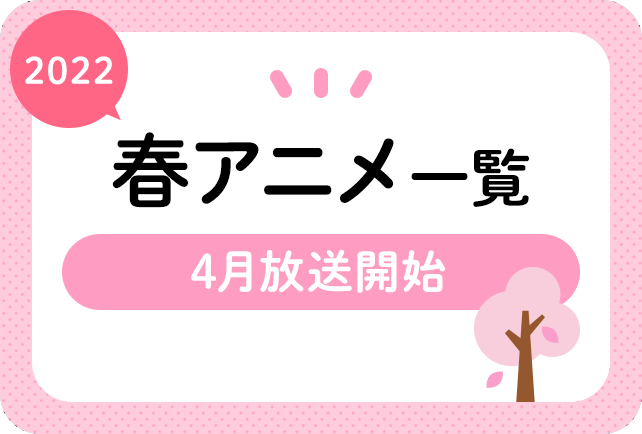 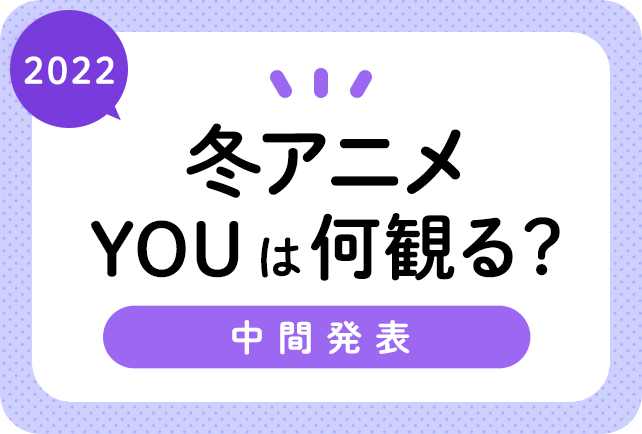 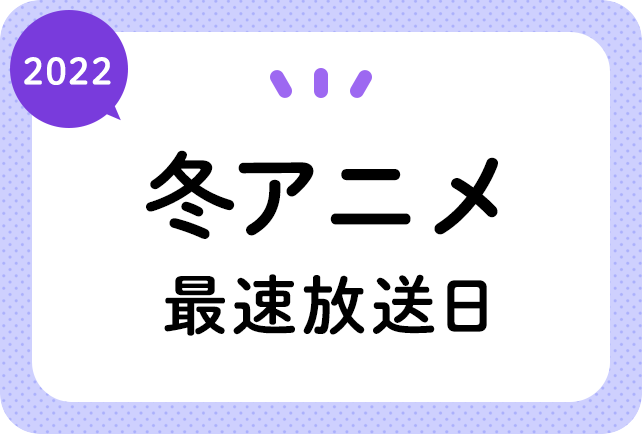 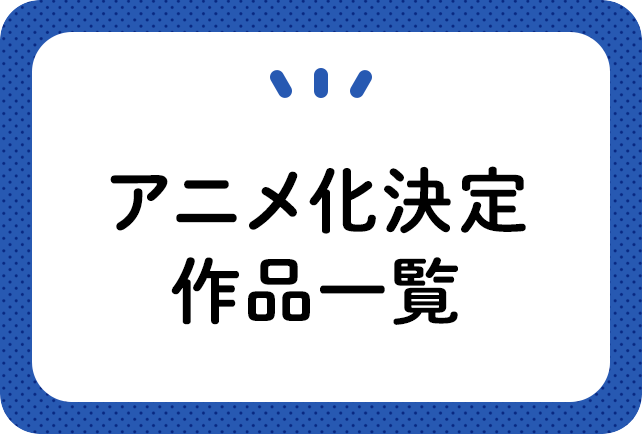 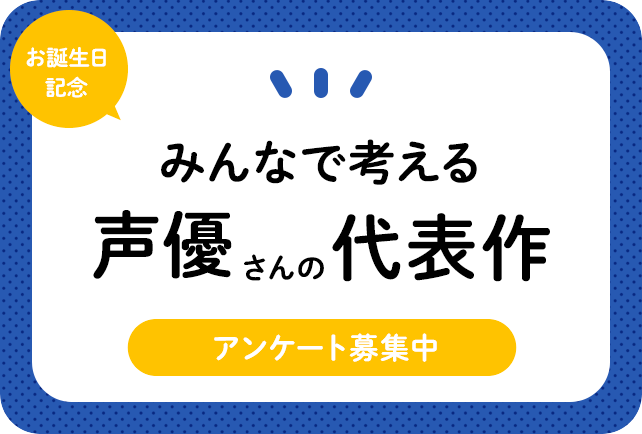 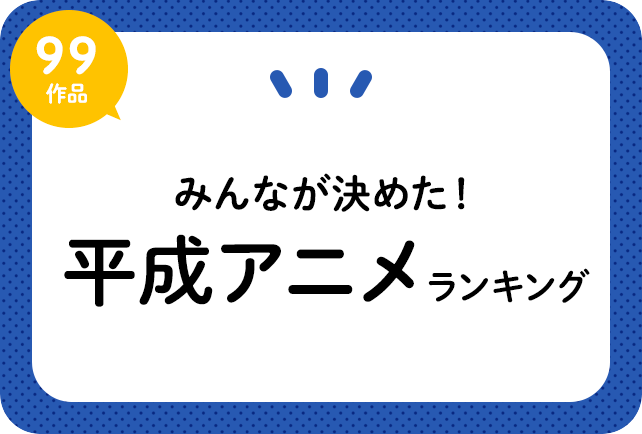 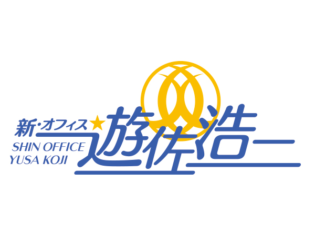 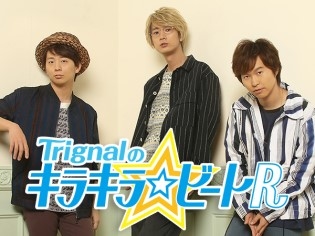 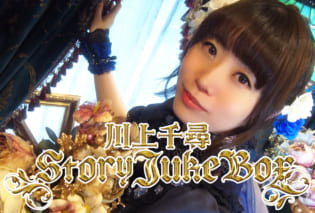 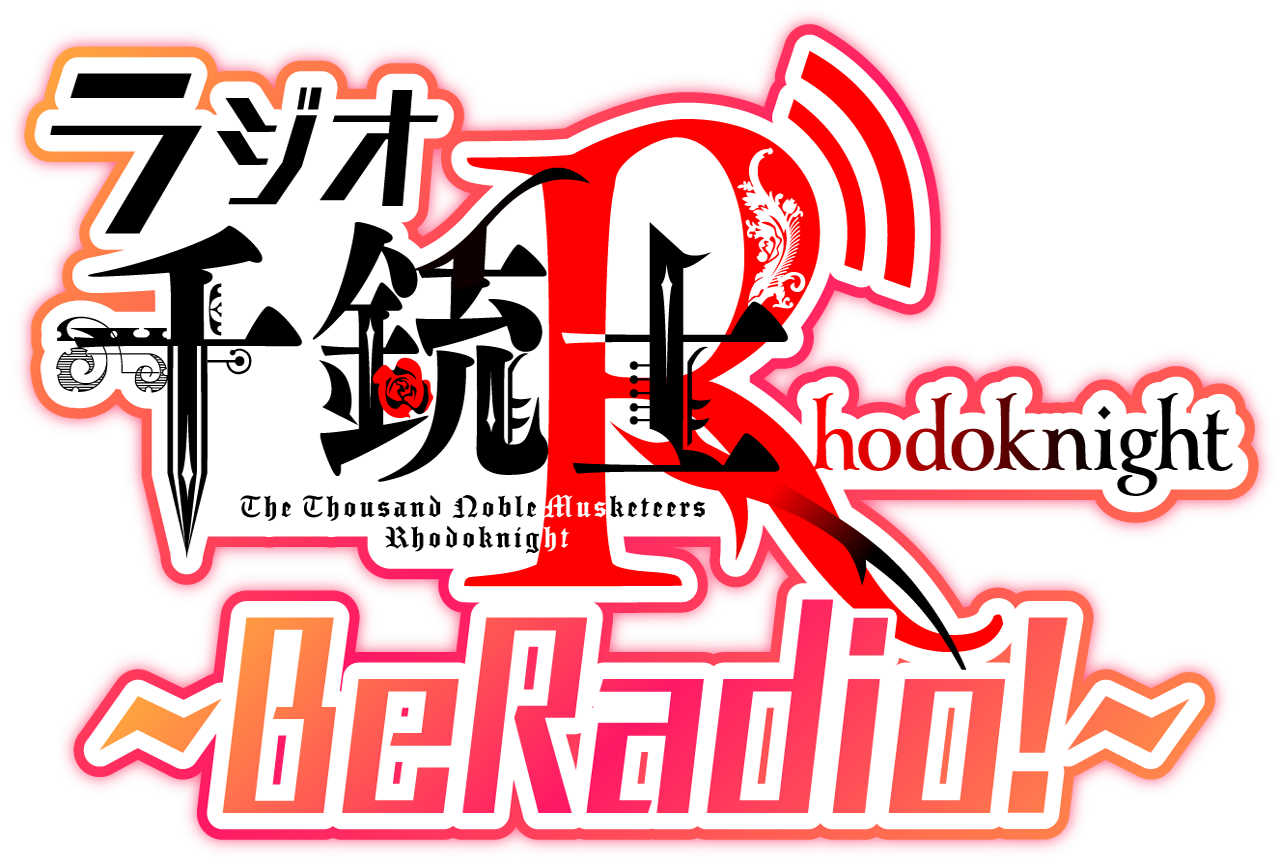 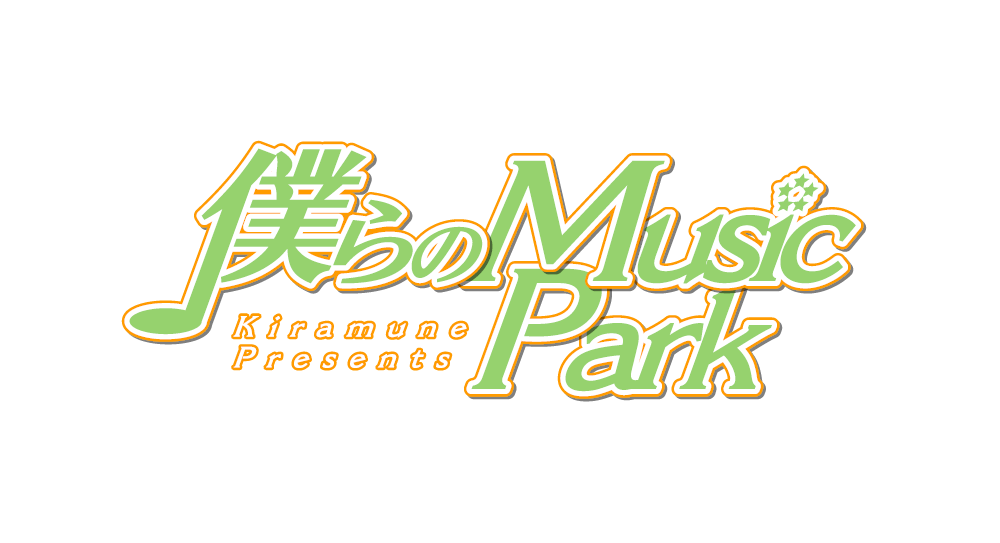 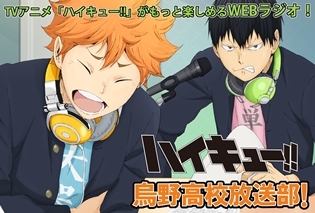 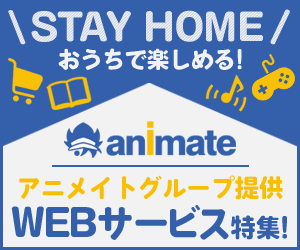 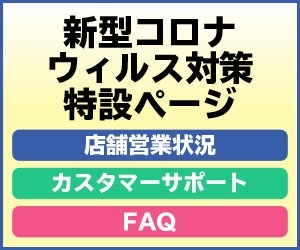